Skip to main content
1
min read
A- A+
read

As CyVerse grows and expands, we would like to acknowledge staff who have recently joined our team.

Jeffrey Gillan, PhD, recently joined Tyson Swetnam's Science and Training Team as a Data Scientist. Jeffrey is originally from Kansas and earned his BS degree from Kansas State University, his MS degree from the University of Idaho, and his PhD from the University of Arizona School of Natural Resources and the Environment (SNRE). Jeffrey's first professional job was working for the USDA Agricultural Research Service in Las Cruces, New Mexico at the Jornada Experimental Range, which is where he first became interested in aerial photography and drones. Before joining CyVerse, Jeffrey worked as a Data Scientist at SNRE, where he did remote sensing projects that involved drone, airplane, and satellite imagery, with projects focused on post-fire vegetation monitoring, riparian vegetation mapping, and forest carbon estimation.

In his role with CyVerse, Jeffrey brings his expertise of imagery analysis to help research partners store, process, and analyze large aerial imagery datasets on the cloud, He also teaches a course on Resource Mapping with Unmanned Aerial Systems at SNRE. 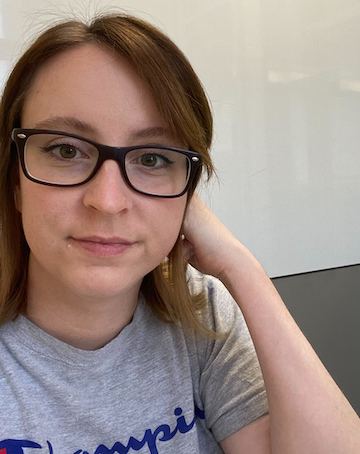 Samantha Boleyn, MS, is a Software Engineer in Sarah Robert's Core Software Team. Samantha hails from Iowa, but Southern Arizona has been her home for more than a decade. Samantha received her Bachelor's degree in Information Technology and her Master's degree in Cybersecurity from the University of Arizona. Prior to joining CyVerse, Samantha worked with the UA Financial Services office. In her spare time, Samantha enjoys hiking, travel, snowboarding, cooking, exploring the desert with her family, and watching her son play soccer. 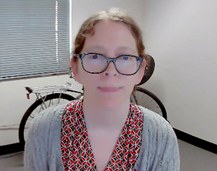 Cindy Cowen, MPH, is the new Assistant Director of Operations for CyVerse. Cindy has been with the University of Arizona for nearly 15 years. She earned her BA in English from Earlham College in Richmond, Indiana and her Master's degree in Public Health from the University of Arizona. She has extensive experience working with UA Health Sciences, including the UA Colleges of Pharmacy and Public Health and the UA Cancer Center.

Originally from Michigan, Cindy lived in London, Seattle, and Austin before settling in Tucson. In her spare time, she is an avid reader and cyclist.