Skip to main content
2
min read
A- A+
read

Imagine a teenager living on remote land in the Southwestern United States. She’s using her cell phone and an intermittent broadband connection to explore a long-range forecast for next summer’s monsoon season. She’s trying to determine how many sheep her family should buy next season given the ongoing drought and the age of the family’s flock. 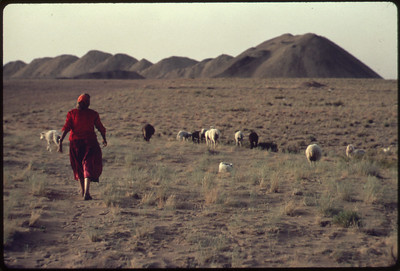 This type of scenario, one where data are easily accessible to all and can be turned into actionable knowledge that enhances societal and ecosystem resilience, is the focus of the new Environmental Data Science Innovation and Inclusion Lab, or ESIIL.

ESIIL will advance research and data analysis needed to understand the ecological effects of climate change and the loss of biodiversity while helping people prepare for environmental disasters, such as wildfires, droughts, and floods. The center will focus on diverse communities, in particular, those with few essential services and underdeveloped infrastructure.

The new NSF-funded center will be built on a partnership, led by CU Boulder, with colleagues from CyVerse at the University of Arizona and the University of Oslo. A community of thousands of researchers and students will pose environmental questions and come up with reusable, innovative real-world solutions gleaned from vast amounts of data. Historically, universities and organizations have generated enormous amounts of open-access data, including environmental data, faster than the data can be analyzed for use.

Tyson Swetnam, a Co-Principal Investigator of CyVerse, says that one of the biggest unmet educational needs is training the next generation of researchers in digital literacy skills; that is, how to talk to computers and how to work on the cloud with the ever-growing data at hand.

“Scientists and educators in rural indigenous communities can connect with ESIIL and learn how to use new cloud-based technologies to teach children how to approach climate change,” says Swetnam, also a UArizona research assistant professor of geoinformatics.

Of note, the center is committed to ensuring that data derived within indigenous communities is secure and used in a way that those communities see fit as outlined by the Global Indigenous Data Alliance, GIDA.

ESIIL, pronounced like the word “easel,” promises to empower a diverse community of researchers to turn environmental data into actionable knowledge, says ESIIL director Jennifer Balch, Associate Professor of Geography at CU Boulder. “We want to be the structure to support vivid new science,” says Balch.

CyVerse will be co-leading the cyberinfrastructure development, leveraging existing investments from the NSF and publicly available environmental and ecological datasets, which are already on the cloud. In addition to CyVerse, ESIIL will access the high-performance cloud computing resources of Jetstream2, a collaboration led by Indiana University and also involving CyVerse. CyVerse will employ two software engineers to help deploy the cyberinfrastructure tools for ESIIL, with design input from Swetnam and Edwin Skidmore, CyVerse’s Director of Infrastructure.

CyVerse provides scientists with a powerful platform to manage huge datasets and complex analyses, enabling data-driven discovery. Created in 2008 by the NSF, CyVerse supports over 100,000 researchers in 169 countries. CyVerse has appeared in more than 1,500 peer-reviewed publications, trained over 40,000 researchers and instructors, and supports $255 million in additional NSF-funded research. CyVerse is led by the University of Arizona in partnership with the Texas Advanced Computing Center and Cold Spring Harbor Laboratory.